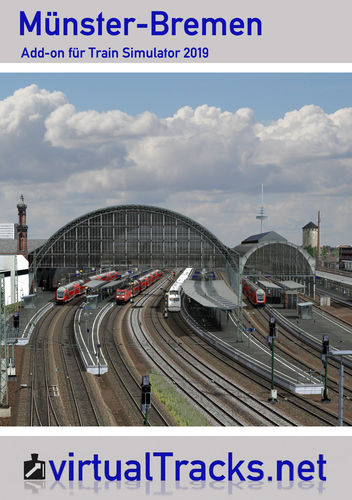 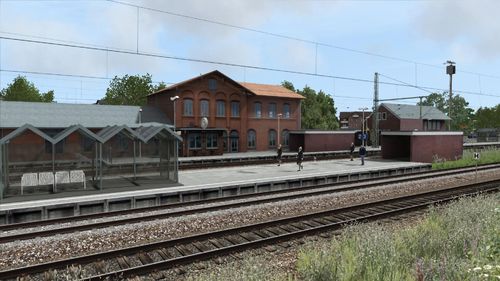 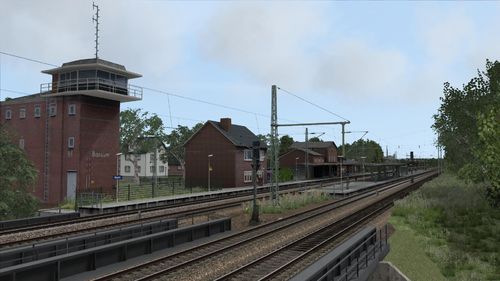 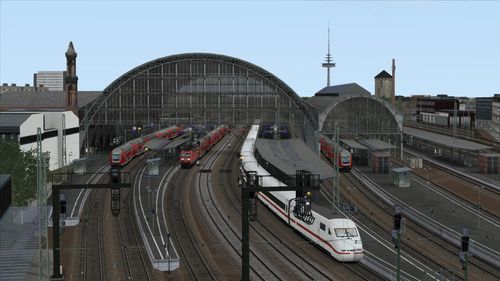 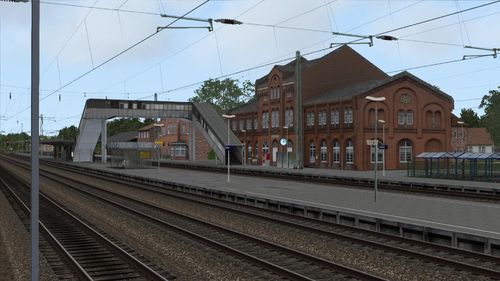 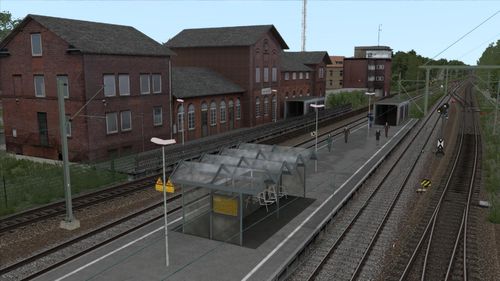 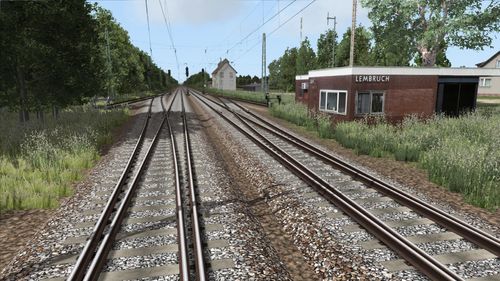 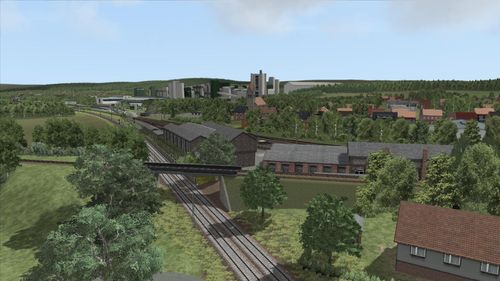 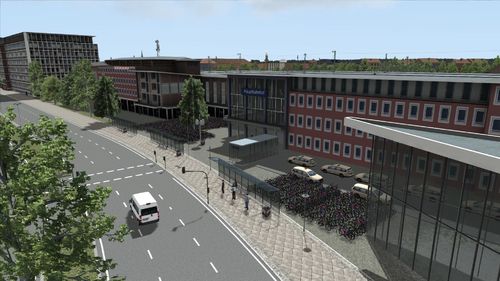 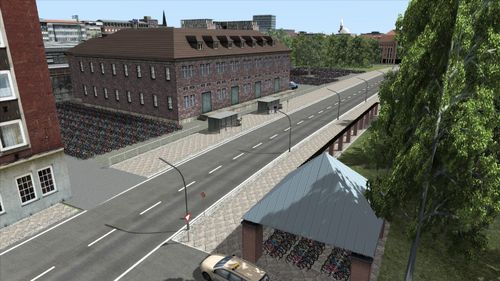 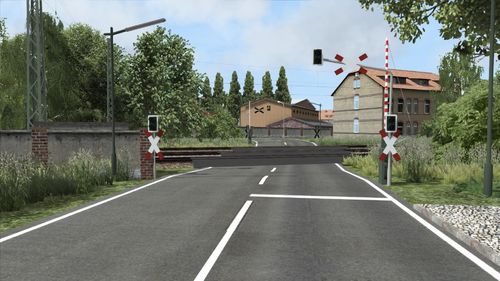 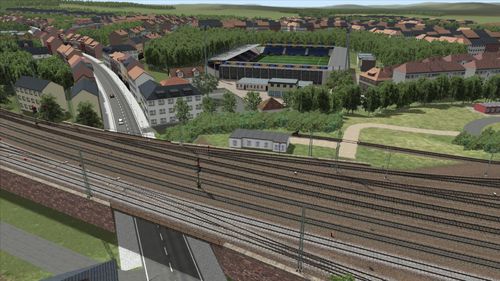 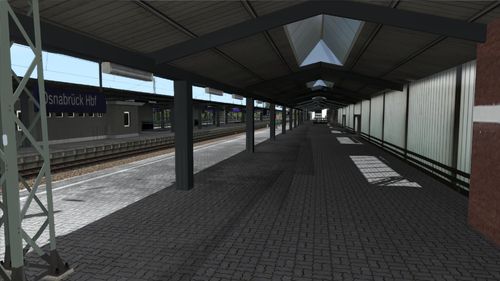 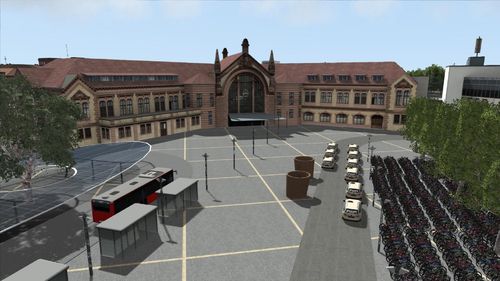 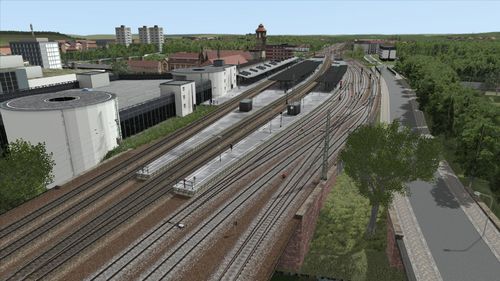 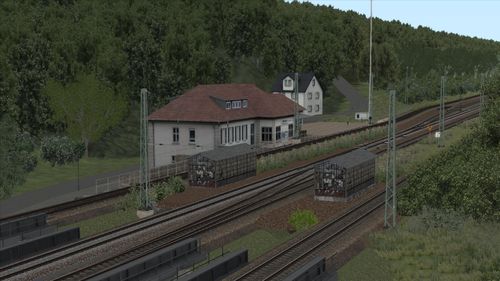 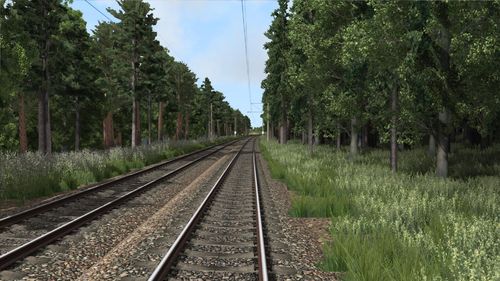 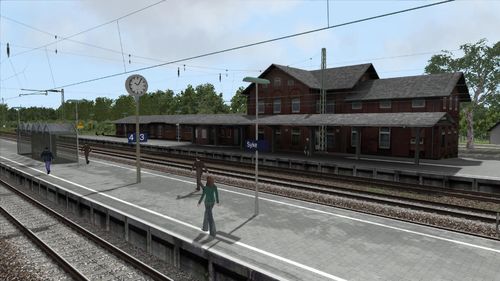 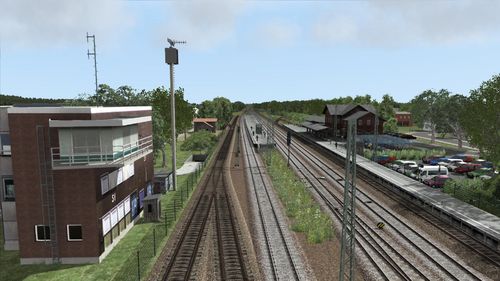 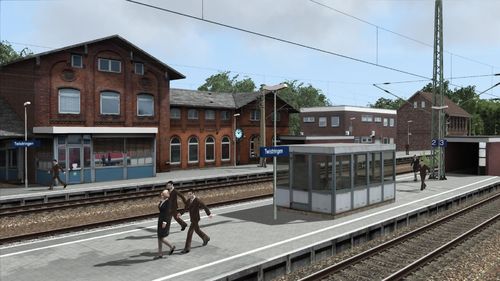 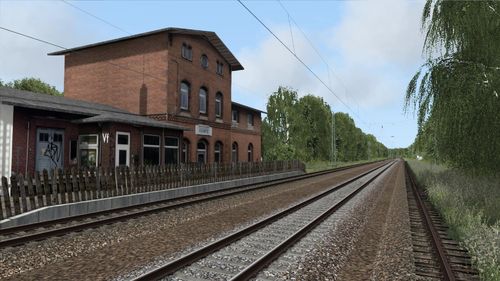 The line named Rollbahn (track with many rolling traffic), which has connected the Ruhr area at Wanne-Eickel with the port of Hamburg by the shortest possible route since 1873, is one of the most important and busiest railway lines in Germany.  Whereas in the past ores were transported from the port of Hamburg to the Ruhr area and coal and finished products back to the port of Hamburg, today it is mainly car transport and container trains that are used on the line to Hamburg. With the disappearance of the Ruhr area as a mining and manufacturing location, the goods have changed but the amount of traffic has (fortunately) remained the same.

The route connects four federal states: North Rhine-Westphalia, Lower Saxony, Bremen and Hamburg. The largest cities that are passed through and also form the main component of our add-on are Münster in Westphalia, Osnabrück in Lower Saxony and Bremen. All three are important line junctions on the track, as several other routes join or cross at these locations.

In our section, the line crosses the Teutoburger forest near Lengerich, and here we find the only tunnel on the route (also the northernmost tunnel in Germany), and the Wiehen Hills near Ostercappeln. The Dortmund-Ems Canal at Münster, the Mittellandkanal at Bohmte and the Weser before Bremen are the most important waterways the line crosses.

Before the Second World War, the Reichsbahn had already made plans to extend the line to four tracks, these plans failed due to the world economic crisis in 1929 and finally came to a standstill due to the Second World War. Attempts in the 1970s to fit the line with a third track petered out. In this regard, large parts of the line have been equipped with LZB since 1978 for operation at speeds of up to 200 km/h. Ultimately, however, this does not increase the capacity of the line, because a fast train forces all slow trains in the stations to the side.

Until well into the 1960s, the line was home to the large 01, 03, 41, 44 and 50 series steam engines. In September 1966 the section between Münster and Osnabrück was electrified, in September 1968 the electrification of the entire line was completed with the commissioning of the section from Osnabrück to Hamburg.

The image of the line changed with the cessation of coal mining and the disappearance of large parts of the coal and steel industry in the Ruhr area, a structural change that began with the coal crisis in 1957. Several larger and also smaller stations (e.g. Vehrte, Ostercappeln) were abandoned or significantly reduced in size. Their plants disappeared under birch forests and other vegetation. This is clearly visible in the add-on at the stations in Bremen-Hemelingen, Bassum, Diepholz, Drentwede and others, where some track field lights illuminate the fresh vegetation at night.   Many of the signal boxes along the route have also become inoperative as a result of centralisation; they have sheet metal windows and are sprayed with graffiti from top to bottom.

With the discontinuation of general cargo transport by rail in 1998, the station goods shed became obsolete as a railway structure. We stills have many of these at our stations, in Lengerich for example. There has been a supermarket there since 2013 (supplied by truck).  The goods sheds are also documented in the add-on. However, all old buildings, no matter the condition in which they are found in the add-on, bear witness to a different time, when many more people were involved in the railway business. Heater, pointsman, signalman, gatekeeper, ticket vendor, baggage car conductor, platform conductor, platform supervisor, post car attendant and turntable attendant. All lost job profiles. From a time when it wasn't trucks that congested motorways but freight trains that dominated freight stations and railway lines.

However, the longer revolution from the age of steam engines to electric locomotives also changed the image of the route. The large depot in Osnabrück (below) with its two turntables no longer has a railway function.  Kirchweyhe with its railway depot is used today as the operations centre of a tank car lessor. Only fragments of the round engine sheds in the Bremen, Kirchweyhe, Osnabrück depots remain as a reminder of more significant times. The depot in Münster is a wasteland, only the floor slabs of the architecturally interesting shed at the Hafenstraße are left.  All facilities for dealing with (steam) locomotives have disappeared. There are only a few diesel filling stations left.

Many branch lines branch off the line, the TWE (Teutoburger Waldeisenbahn) in Lengerich and the Wittlager Kreisbahn in Bohmte to name just two. Here, clubs bring new life to old tracks, this can be seen with the intact shed facilities in Lengerich and the old TWE station. The branch lines are only mentioned in the add-on, their connections end after a few hundred metres to the left or right of the line.

Our choice to schedule the add-on for the year 2009 makes sense because much of the previous infrastructure has not yet been demolished, modernised or changed. So you can still feel the old days a little bit. Many of the reception buildings - most of which are certainly no longer in operation - are in the clinker red typical of the area and are located on the station platforms.  Münster still has its main station from the 1950s. Today it has been replaced by a new building. Signals along the line have been replaced by Ks signals and the few track signal boxes still in operation have been replaced by electronic signal boxes. It is only a matter of time before the old signal boxes disappear completely.

The times when the Class 44 steam locomotives hauled their ore trains up the Wiehen Hills, hissing, puffing and groaning loudly and blowing their plumes of steam into the sky, are long gone. Our add-on with its buildings should remind you a little. So let's think of the many drops of heater sweat that the climbs have cost us when we are tired and the ammeter shows a few more amps. Let us remember that past times are inherent in the modern day.

* Prices including VAT plus shipping

* Prices including VAT plus shipping
Browse these categories as well: Welcome to virtualTracks.net, virtualTracks add-ons